Give Yourself the Gift of Self-Care

With the holidays coming up and the COVID-19 numbers on the rise, we could all use a breather. So, courtesy of Olga Phoenix here’s 88 ways to do just that. The wheel is separated into 6 categories: physical, psychological, emotional, spiritual, personal, and professional. We can all benefit greatly by balancing each of these 6 categories in our everyday life, especially in times like this. 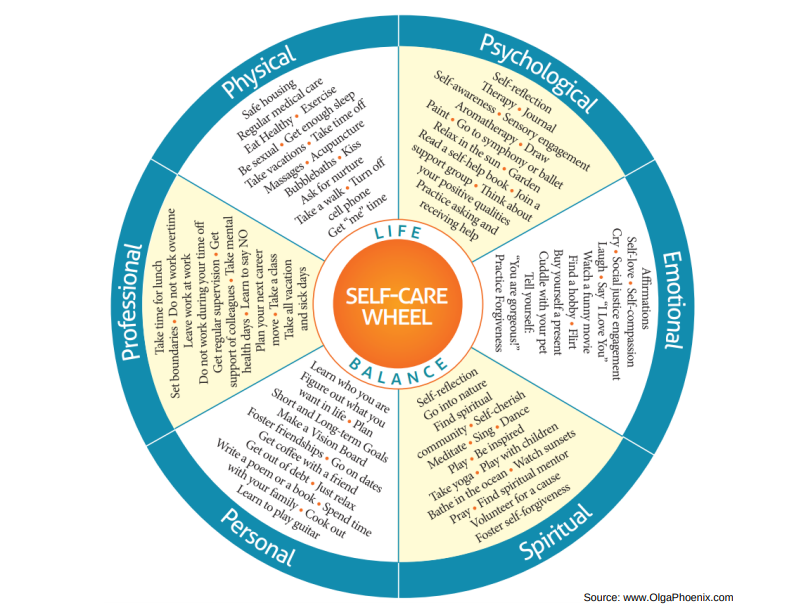 As a place to start, here’s a short list of our favorites here at Push to Walk:

We hope this helped you get through these tough times; and no matter where you are in your mental health journey, you have our support!

#GiveBack by Giving to Push to Walk

This year has been such a whirlwind, and the pandemic drastically changed everyone's lives. Push to Walk was forced to shut down for a few months which caused clients to miss out on workout sessions and miss out on the comradery Push to Walk provides. Nevertheless, the pandemic has also caused us to slow down and realize what is important to us. This Thanksgiving, many of us will be thankful for our friends, family, health, and happiness. For clients, staff, and their families, Push to Walk provides the health, happiness, and even friends mentioned at Thanksgiving dinner.

This year, we encourage you to find the best deals possible on Black Friday & Cyber Monday, so you'll have something to give back on Giving Tuesday. Giving Tuesday is a movement that began in 2012 to celebrate global giving, collaborating, and acts of generosity. For one day a year, people have the power to transform communities and change lives by giving to non-profits and charities across the globe. We hope this one day will also inspire you to get more involved with facilities such as Push to Walk. Last year in the United States alone, those who came together raised $1.97 BILLION!

Donate to Push to Walk for Giving Tuesday and your contribution will allow us to provide more extensive training for our already dynamite staff, even more scholarships, and specialized equipment for our amazing clients. 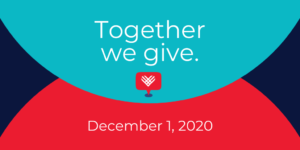 Happy October! All spooks aside, we at Push to Walk (PTW) would like to do our part to bring awareness to AVM. After all, it is an AVM Awareness Month as well.

An arteriovenous malformation (AVM) is a rare disease (affecting 18 out of every 100,000 people in the US) characterized by tangled blood vessels that connect arteries and veins. These tangles disrupt normal blood flow and oxygen circulation and can develop anywhere in the body but are most commonly found afflicting a person’s brain or spine.

Some common symptoms of brain AVMs (according to healthline.com) include:
● Bleeding in the skull, most commonly a subarachnoid hemorrhage
● Seizures
● Headaches
● Focal neurological deficits, such as weakness, numbness, or tingling to one part or side of the body
● Confusion

If AVMs are occurring in limbs or the spinal cord (according to healthline.com) symptoms may include:
● Muscle weakness
● An inability to move a limb
● A lack of coordination

Children and teenagers with an AVM may struggle with learning or have behavioral issues. Some children born with AVM will have blue-tinted skin, which tends to darken to a deep red or purple as they age if untreated.

The clear causes of AVMs are unknown, but some doctors theorize they occur in the womb or shortly after birth and appear later as the child ages. There is little evidence to suggest that genetics play a role in the appearances of AVMs, but some other genetic syndromes can put individuals at a higher risk of developing AVMs. These syndromes include but are not limited to hereditary hemorrhagic telangiectasia and Osler-Weber-Rendu syndrome.

If you want to learn more about AVM, check out the Facebook page for The Aneurysm and AVM Foundation (TAAF).

For more information or questions please contact Amanda at amudrick@pushtowalknj.org. 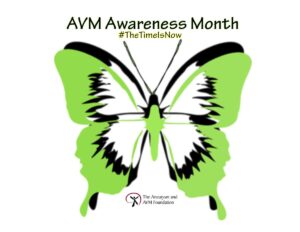